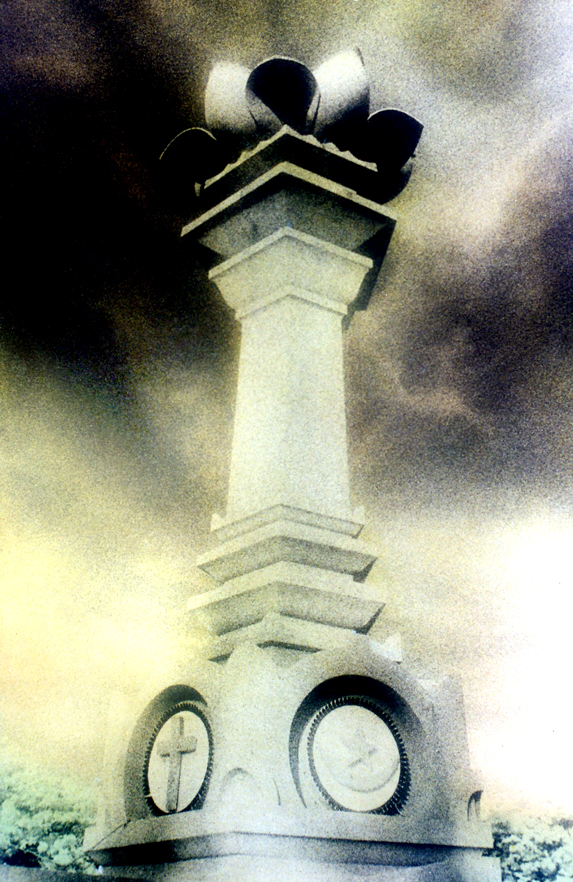 A 50ft high pillar celebrating the unity of all religions,

was built in 1975 to mark the advent of the Avatar.

At its base are symbols of five of the world’s major religions, along with the associated sayings shown below. The pillar, with its concentric rings, represents yoga, or Union with God. The rings indicate the stages of yogic discipline required for unfolding the “lotus of the heart”, whose petals are at the top of the pillar. The flame of inner illumination is in the center of the lotus. Just as the lotus plant lives in water but does not get contaminated by it, so we should live in the world but be untouched by it.

Let the different faiths exist, let them flourish, and let the glory of God be sung in all the languages and in a variety of tunes. That should be the Ideal. Respect the differences between the faiths and recognize them as valid as long as they do not extinguish the flame of unity.
Sathya Sai Baba