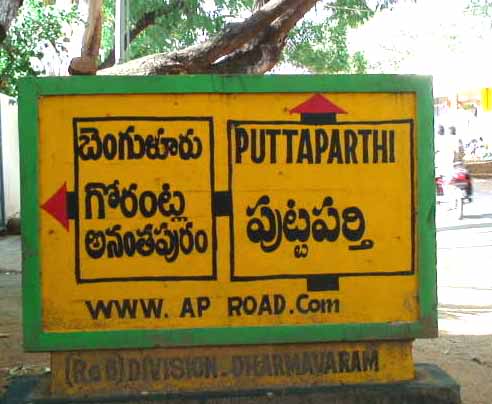 Sri Sathya Sai Baba was born as Sathyanarayana Raju on November 23, 1926 in the village of Puttaparthi, in the state of Andhra Pradesh in South India. Even as a child, His spiritual inclination and contemplative nature set Him apart from other children of His age, and He was known as Guru and Brahmajnani(knower of Brahman or Godhead) among His peers and others in the village. However, it was not until October 20, 1940, the day He made the historic declaration of His Avatarhood, (Avatar – Divinity Incarnate) that the world at large learnt of this divine phenomenon. Today, millions of devotees from all over the world, professing various faiths, and hailing from various walks of life worship Him as an Avatar, and an incarnation of the Sai Baba of Shirdi. Thousands gather every day at Prasanthi Nilayam, His ashram established beside the village of Puttaparthi, for His Darshan, when He moves among devotees blessing them and providing spiritual succour and solace.

Bhagawan Sri Sathya Sai Baba is thus a beacon of hope in a world that is desperately seeking an end to the unrest and sorrow prevalent today. His message of Brotherhood of Man and the Fatherhood of God is a spiritual salve that will lead mankind from the darkness of ignorance to the light of immortality. Indeed, very rarely does such a divine power walk the earth. As one devotee said, Bhagawan Baba is nothing but Love walking on two feet. Mankind must use this golden opportunity to follow in His footsteps. That is the way to its redemption and its salvation

O, Son of Eswaramba! O, resplendent majestic One! Dawn is breaking in the East. The daily tasks of divinity which you have undertaken, have to be accomplished therefore, Awake!, O, Sathya Sai Lord!

“The Sathya Sai Incarnation is one where you see the full manifestation and exercise of all the sixteen attributes of a Poorna Avatar. This happened only once before, at the time of Krishna Avatar. I am the Embodiment of Shiva and Shakti, that is Universal Consciousness and Universal Energy. And I show evidences of both to the fullest and maximum extent.”

“Each of these five attributes are present in all the three time periods (past, present and future) making the total number of attributes fifteen (5×3). The sixteen attribute is Chith which means Consciousness or Awareness and this is present throughout the age of Time. Among all the Avatars, only Sri Krishna and Sri Sai are said to be Poorna Avatars, possessing all the sixteen attributes. Even Sri Rama possessed only twelve attributes.” – Sathya Sai Baba (Amrita Vashini p34-35) 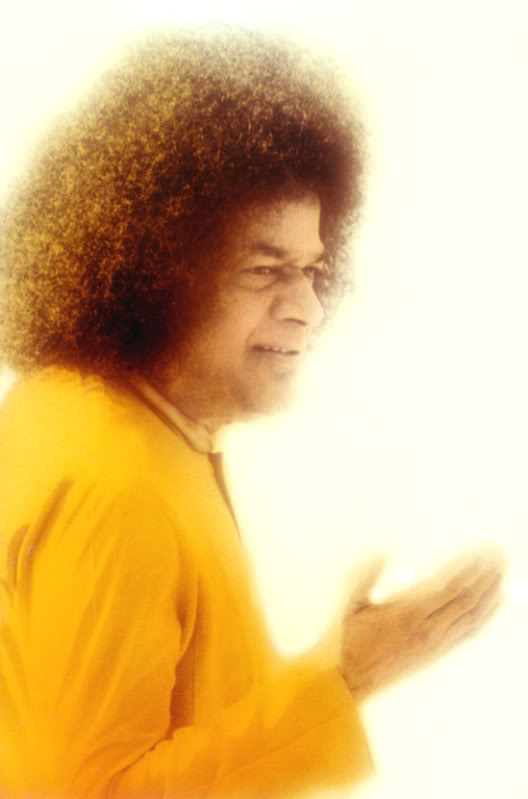 “The Avatar comes to reveal man to himself, to restore to him his birthright of inner Bliss. He does not found a new creed, to breed a new faction, to instill a new God. If such happens, it is the consequence of the evil in man. The Avatar comes as Man in order to demonstrate that Man is Divine, in order to be within reach of Man. The human mind cannot grasp the Absolute, Attributeless Principle; it is Abstract and beyond the ready ofÂ Speech, Mind and Intellect. Fire is inherent in the matchstick but it is only when it is struck as flame that we can benefit from it. The Formless has to manifest as Form; the Formless has to appear with Form. Then only can man listen, learn, understand, follow and be saved, through the Bliss of that experience. He lights the flame of Realization in each; and the age-old ignorance is destroyed in an instant.”  -Sathya Sai Baba (Baba the Breath of Sai p.305)

“At present we are passing through the Kali Yuga. The Incarnations of the Lord (in past ages) were not accepted as such by many. Even their parents, kinsmen, and comrades hesitated to adore Them. Only a few sages, who had cultivated the inner vision through study and spiritual discipline knew the Reality. But, today, while the currents of contradiction and controversy are undermining faith and adoration, the good fortune that has brought you face to face with Me, is something for which you must thank the merit won through many lives. This is no ordinary good fortune. This incarnation is moving with you, singing with you, talking with you, sharing with you your joy and grief in order to console, encourage and cure. This relationship is something unique; it has to be kept unbroken until the Goal is reached.”  -Sathya Sai Baba (Baba the Breath of Sai p.314) 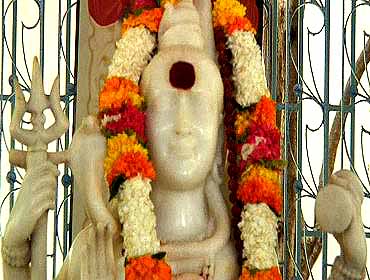 “In this human form of Sai every Divine Entity, every Divine Principle, that is to say all Names and Forms ascribed by man to God, are manifest.” -Sathya Sai Baba (The Embodiment of Love p.103)

“I have come to repair the ancient highway to God…

Avatars do not succeed or fail; what they will must occur; what they plan must take place… I have come to inscribe a golden chapter in the history of humanity, wherein falsehood will fail, truth will triumph, and virtue will reign. Character will confer power then, not knowledge, or inventive skill, or wealth. Wisdom will be enthroned in the councils of nations.” – Sathya Sai Baba (The Embodiment of Love p.174)