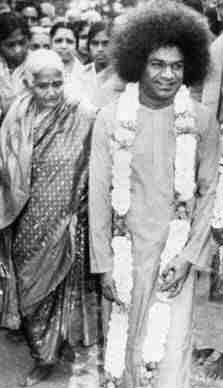 A Living Scripture on Ideal Womanhood 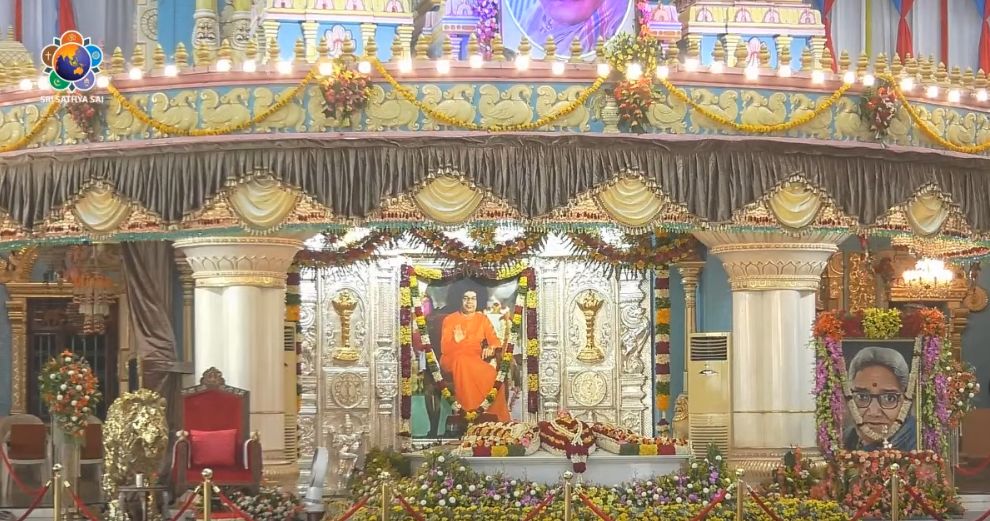 As Sai’s glory began to spread far and wide, Mother Easwaramma came to Me one day and said, “Swami, I am pained to see small children of our village walking all the way to Bukkapatnam to attend school. Please construct a small school.” Conforming to her wish, I established a small school. After some time, she wanted a small hospital also to be established. She said she could not bear to see mothers taking the trouble of carrying their children to Bukkapatnam for medical treatment. I got a small hospital built. The small school I established has become a big university today. The small hospital I constructed has become a Super Specialty Hospital. These mighty tasks could be accomplished as a result of the Sathya Sankalpa (noble wish) of Mother Easwaramma and Nitya Sankalpa (Divine Will) of Sai. Her last wish was to provide drinking water to the village. She pointed out that the women had to take great pains to draw water from deep wells, which had dried up. I immediately provided drinking water to the villages.

May 6th every year, is celebrated as Easwaramma Day, commemorating the anniversary of the passing away of the saintly lady who was blessed to be mother to the Avatar of the Kali age. Bhagawan exhorts His devotees, especially children, to revere the mother as God. Hence, this day is a celebration of the sacred ideal of Motherhood. Easwaramma was very fond of children and was one of the pioneers of the Bal Vikas movement. Hence, this day is also celebrated as Bal Vikas Day when hundreds of Bal Vikas gather in Bhagawan’s presence to present before Him their cultural programmes and imbibe the highest spiritual lessons from their Divine Mother. Narayana Seva (feeding of the poor) is also undertaken on this day. 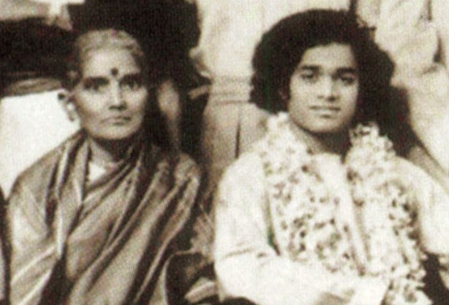 “Easwaramma breathed her last in this very Mandir. Summer classes were going on in May 1972. She used to come and sit in these classes. Swami used to be amused at her presence and asked her what she followed in these classes. She used to say, “I am not interested in these studies. I come here to see how the students of Swami conduct themselves, how they obey His commands and how they react to Swami’s advice and teachings.” The parents take great pains in bringing up their children with expectation that they may lead a respectable life. Are the children behaving in accordance with the expectations of their parents? They wear new clothes provided to them by their parents, but do they spare any thought for the hardships their parents undergo to procure these clothes?

All of you who have gathered here have to take a pledge today. Live a good life. Be ready to help others. Love children, respect elders, respect all according to their status in society. Living up to these ideals is the best way to lead one’s life. Imprint these principles firmly on your heart. Act in a manner so as to please your parents. Only then will your life find fulfillment. You are conducting Bhajans at various places and at different times. But mere singing of Bhajans is not enough, behaviour and conduct are also important”. 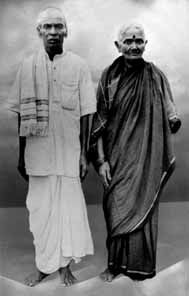 One morning when Easwaramma was fetching water from the well, she saw a huge ball of blue light coming towards her, and she fainted.

Soon after Easwaramma knew she was going to have a baby.

The nights were filled with sweet music.

At sunrise Easwaramma’s son was born. Her mother-in-law had just come back from the temple with water and flowers. She had performed a puja to Satyanarayana.

Easwaramma drank the water and took the flowers and the new baby was named Satyanarayana. 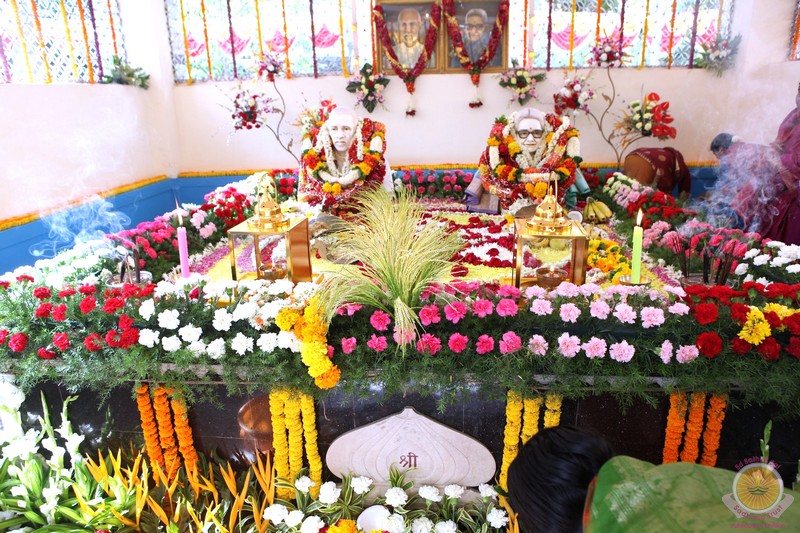 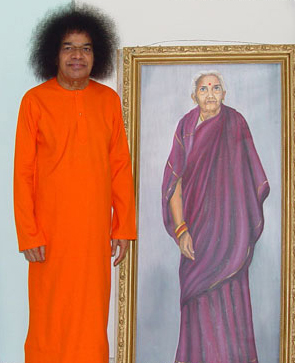 The scriptures teach, ‘Maathru devo bhava‘, meaning ‘Revere your Mother as God’. You must revere your mother, who has brought you up with love, care and sacrifice. However famous one may be, if one does not honour their mother, they do not deserve respect. A person whose heart is so hard that it does not melt at the pleadings of the mother, deserves nothing but ridicule. This feeling of love and respect should also apply to the country which gave birth to you. You must hold your country in high esteem and follow its culture. Revere your own mother-tongue and learn to use it well. At the same time, you should not develop dislike or hatred against other languages or countries. Make yourselves a fit instrument to protect, love and care for your mother and motherland.